Some time ago I stumbled on Bandit, while I was doing research at work for an automated security linter. Bandit is a tool designed to find common security issues in Python code, which actually found some issues in our code. I was eager to set this up in our Jenkins enviroment when I discovered that Bandit does not support the specific XML output which Jenkins requires (Xunit output to be precise). After a few nights of hacking, the following commit added XML output to Bandit.

Here is a short tutorial on setting up Bandit in Jenkins.

Install Bandit using the instructions in the README, note that you will need the Git version for XML output support.

Now create a new Jenkins job and setup a source code management to fetch your code, then add a new build step like the image below. Where for example app is the directory which contains your code.

Now add a 'post-build action' to parse the XML output from Bandit and publish the results. 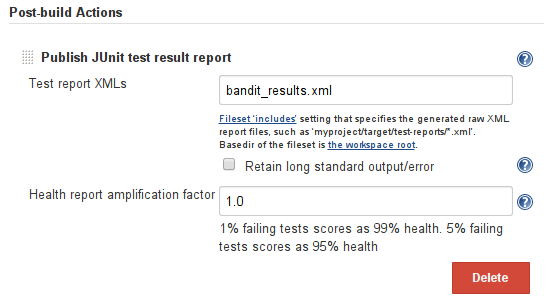 Once this is finished, you can trigger and build and you should see tests results as for example shown below. 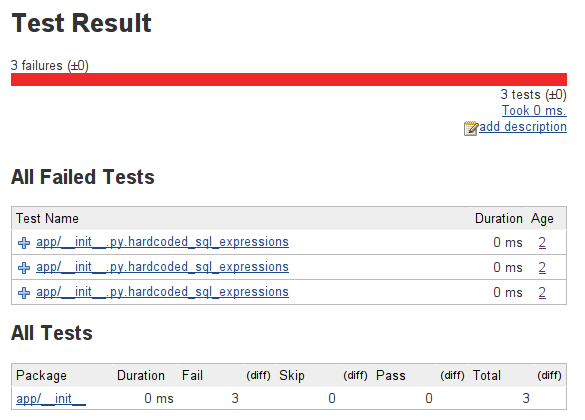 When you click on a failed tests it shows more details about the possible issue. 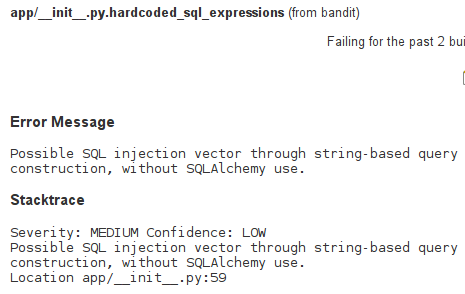